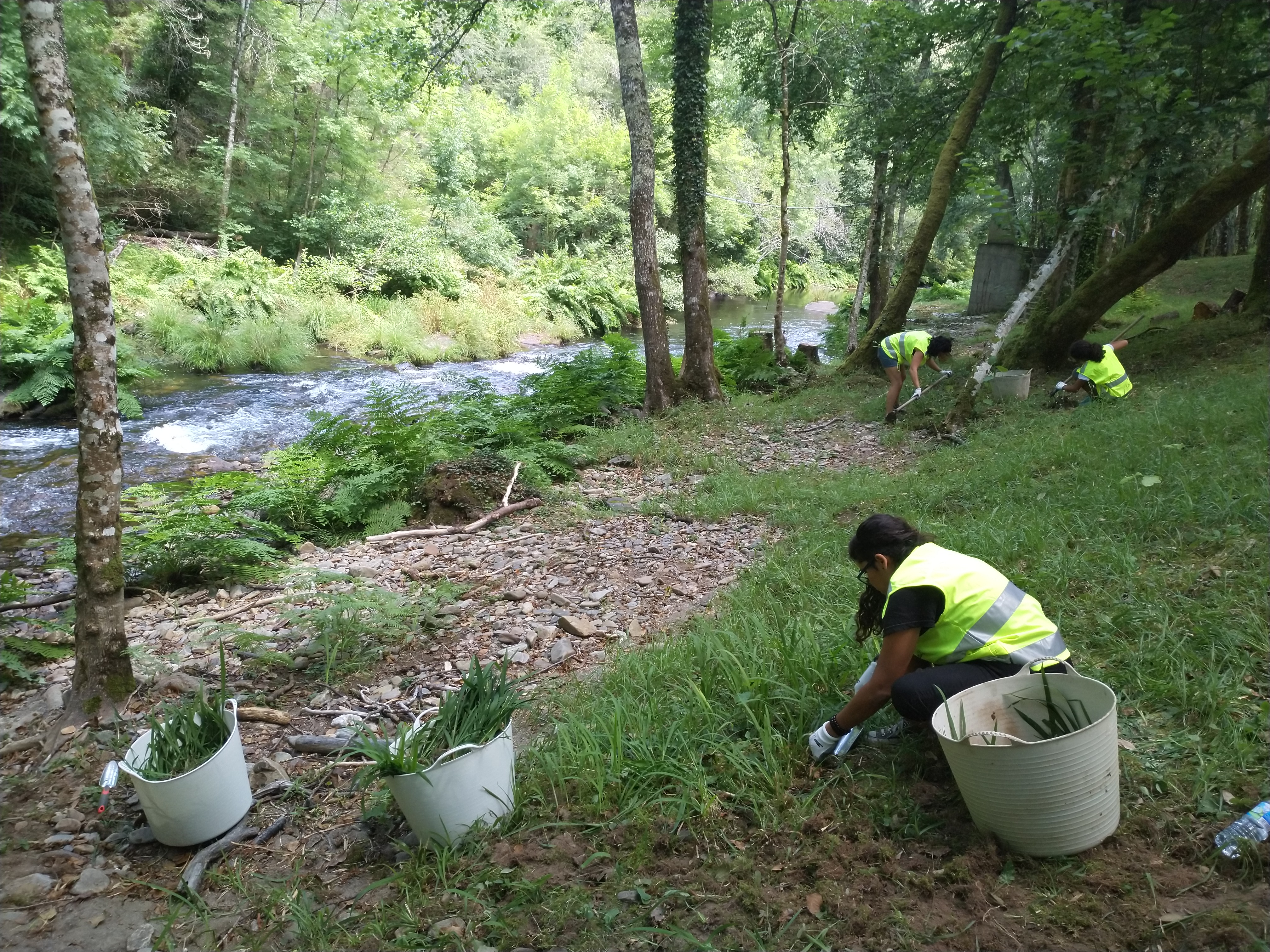 Successful volunteering day thanks to the 16 volunteers who attended the invasive plant removal day in the river Eo on 20 July 2019, it has been possible to improve the habitat of the Atlantic alder trees along 1.5 km of river bank.

The activity began in the recreational area of A Retorta in the Concello de Ribeira de Piquín, Lugo, where participants from Ponferrada, Cangas de Onís, Chao de Posadoiro, Vegadeo, Mieres and Oviedo were received by the LIFE Fluvial team (from INDUROT and InterEo), being provided with appropriate material for the day (gloves, hoes and shovels).

Technical staff from INDUROT (University of Oviedo) provided information and informative material about the LIFE Fluvial project, the actions being developed and training to recognise the invasive plant Crocosmia (Crocosmia × crocosmiiflora), the objective of the volunteer day. This plant is an artificial hybrid created by the French botanist Lemoine in 1880 from two South African species of the genus Crocosmia. Due to its beauty and ease of cultivation it has been used and is used as an ornamental in many parts of the world, including the northwest region of the Iberian Peninsula where we are located. The climatic conditions present in the region, and especially in the Atlantic river corridors, where it has not found natural enemies, has facilitated its expansion, having become one of the most common invasive species in the Atlantic river corridors, being able to displace native species and alter habitats.

In the LIFE Fluvial project, which operates in the Natura 2000 Network, no chemical products (herbicides) are used in its control, as a guarantee to avoid possible contamination of water or riparian forest derived from its elimination. Therefore, the elimination of this plant is strictly manual so as not to damage the delicate riparian habitat and its inhabitants.

During the environmental volunteer day, more than 2 m3 of Crocosmia were removed by hand and, thanks to TRAGSA staff, will be processed so that the removed bulbs will not be dispersed. The volunteer day was a success because the objectives were achieved by eliminating the Crocosmia along the work area, knowledge about the health of the Atlantic river corridors was disseminated and we met many people who want to take care of nature and care about it.

This is the first of many environmental volunteering days within the LIFE Fluvial project, which we hope will be joined by more people in the different basins in which the project operates, incorporating riverside citizens in the conservation of their rivers, increasing awareness of the importance of river corridors and their conservation so that they continue to fulfil their ecological functions and provide their ecosystem services.

We would like to reiterate our thanks to all those who attended the event and also to TRAGSA for providing us with the working material and to the Ribeira de Piquín town council for letting us use the municipal facilities.

All the actions of the LIFE Fluvial project (Improvement and sustainable management of river corridors in the Iberian Atlantic Region) are co-financed by the LIFE programme. The objective of the project is to improve the conservation status of Atlantic river corridors in the Natura 2000 Network. For this purpose, the project develops a transnational strategy for the sustainable management of their habitats in several Atlantic river basins of the Iberian Peninsula (Spain and Portugal). The project is coordinated by the University of Oviedo (INDUROT), with the participation as partners of the University of Santiago de Compostela (IBADER), University of Lisbon (Instituto Superior de Agronomía), Concello de Ribadeo, InterEo, Asociación de Desenvolvemento Rural Mariñas-Betanzos, TRAGSA and EMALCSA.ariado ambiental en el río Eo 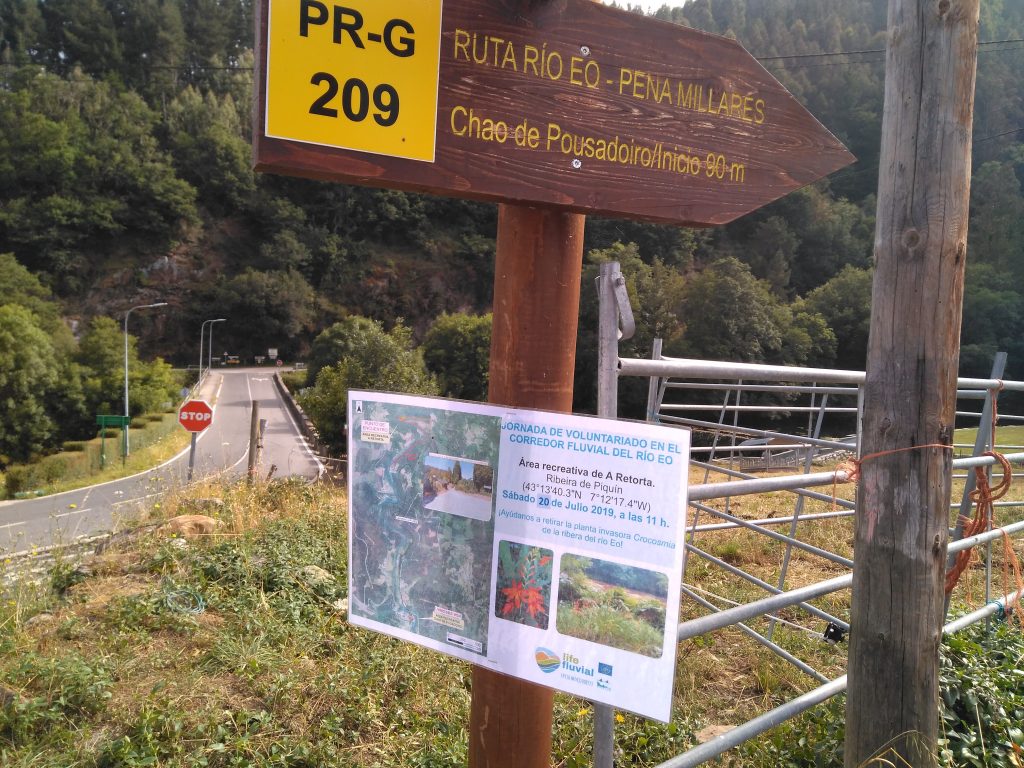 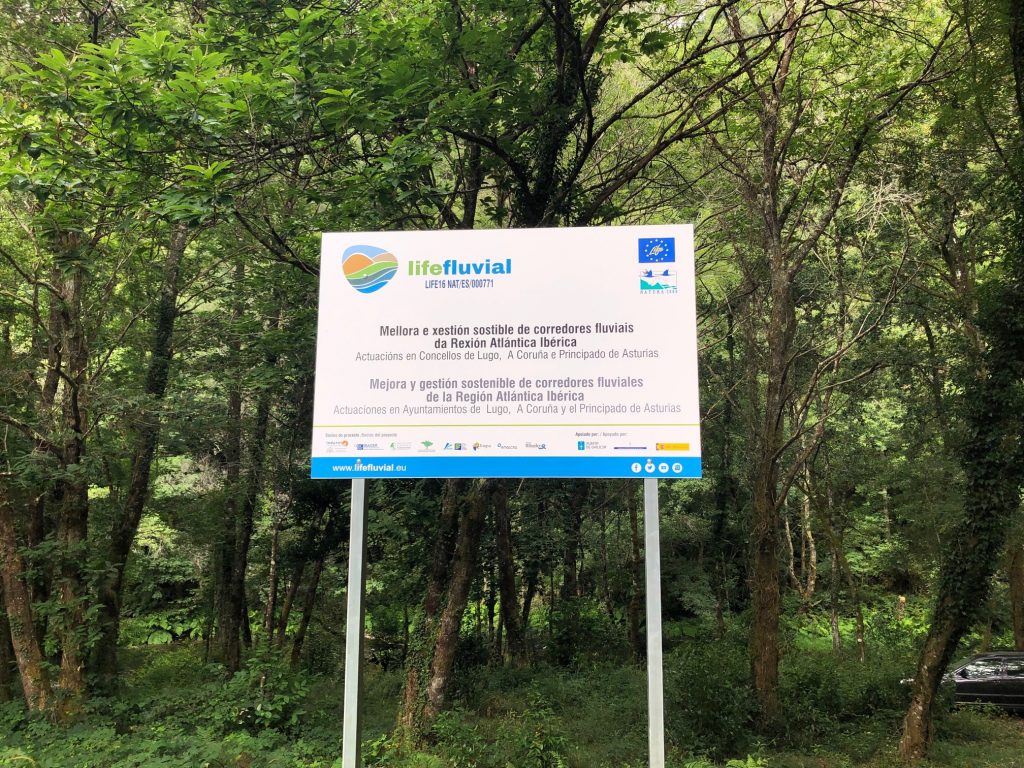 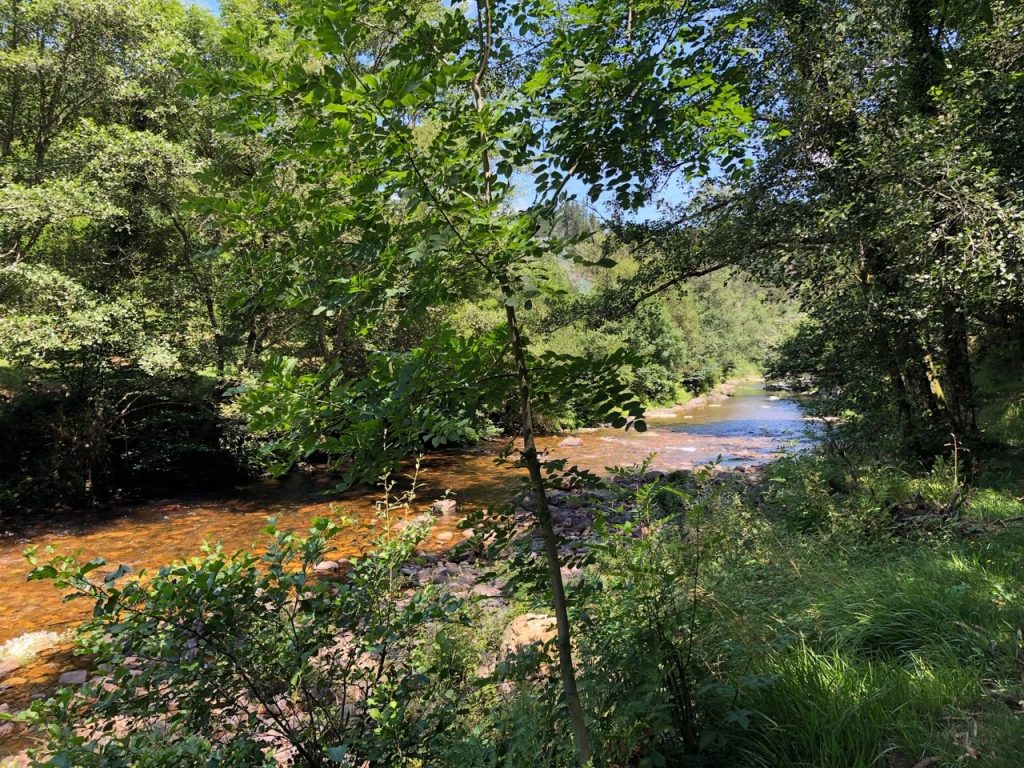 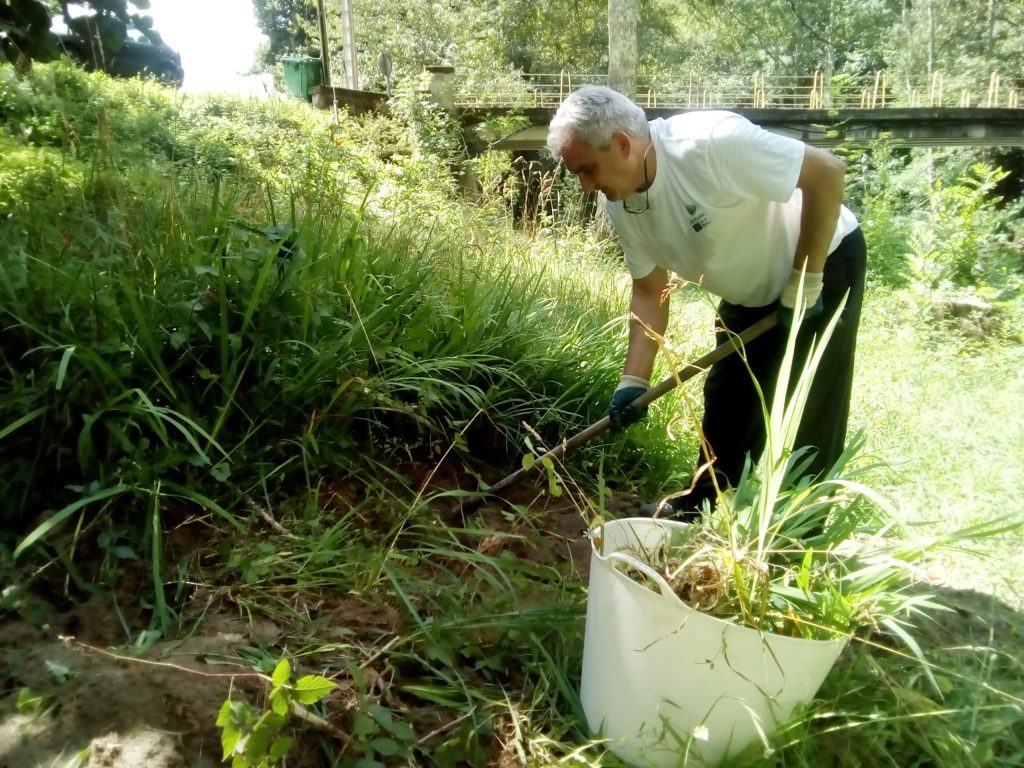 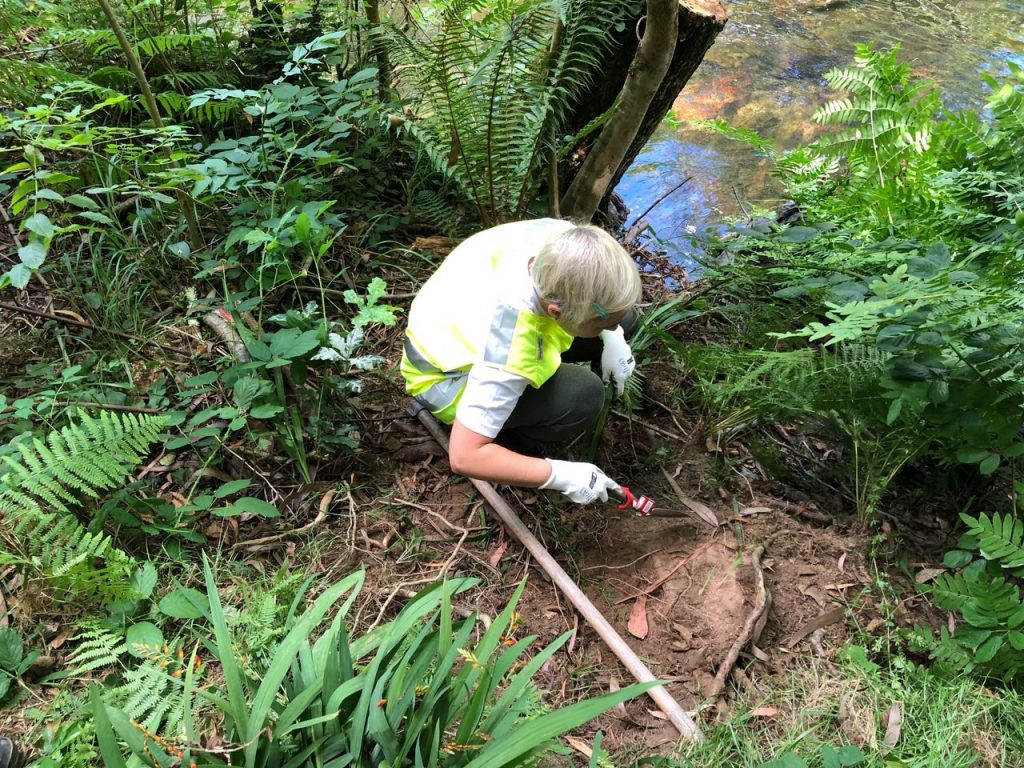 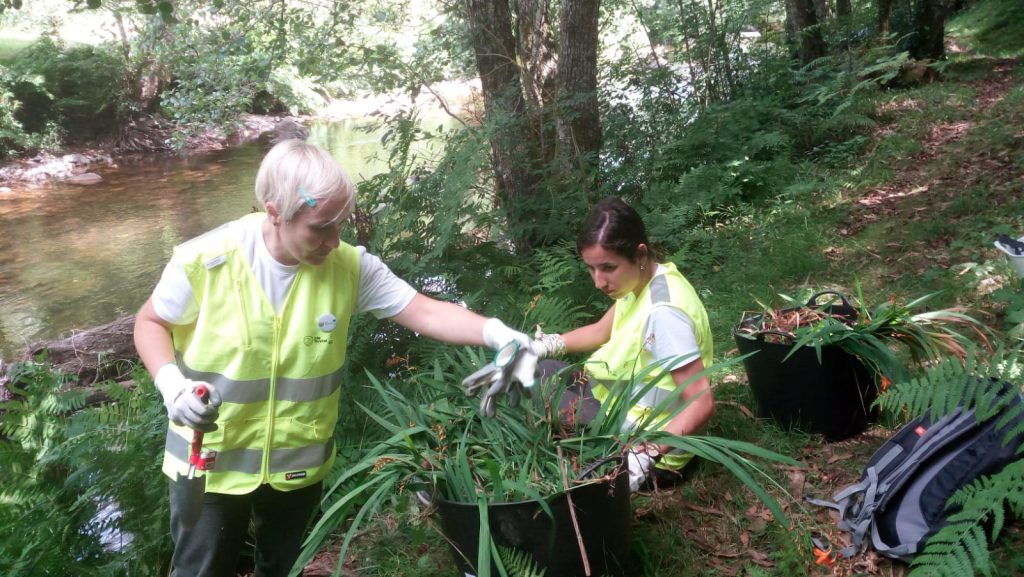 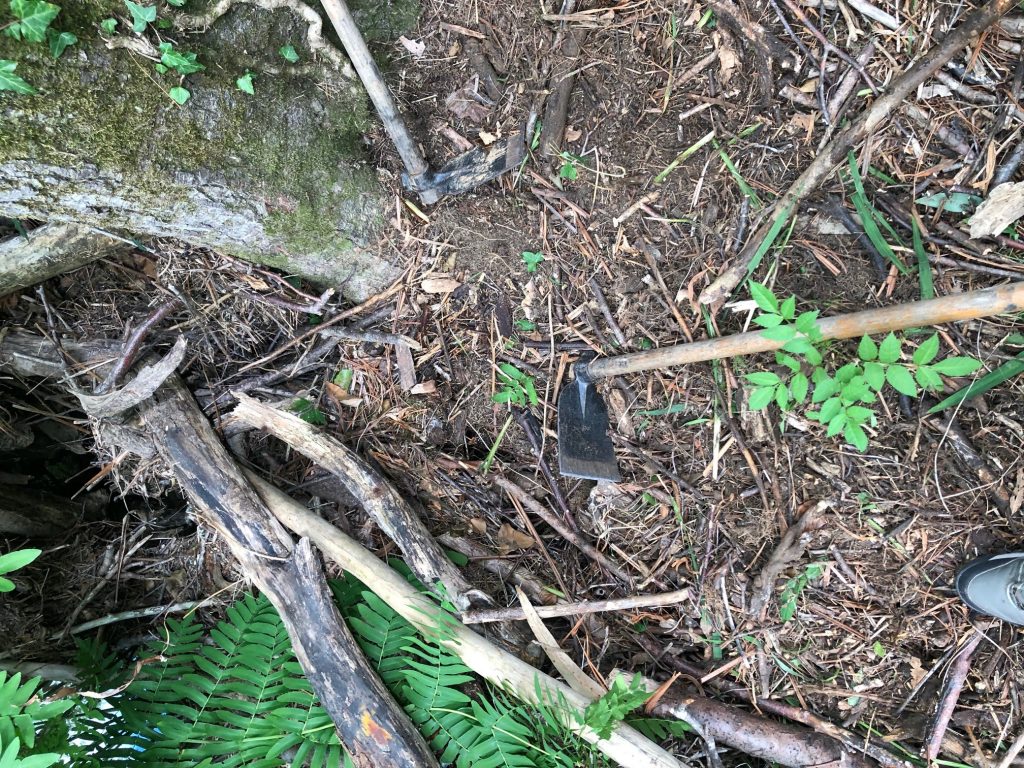 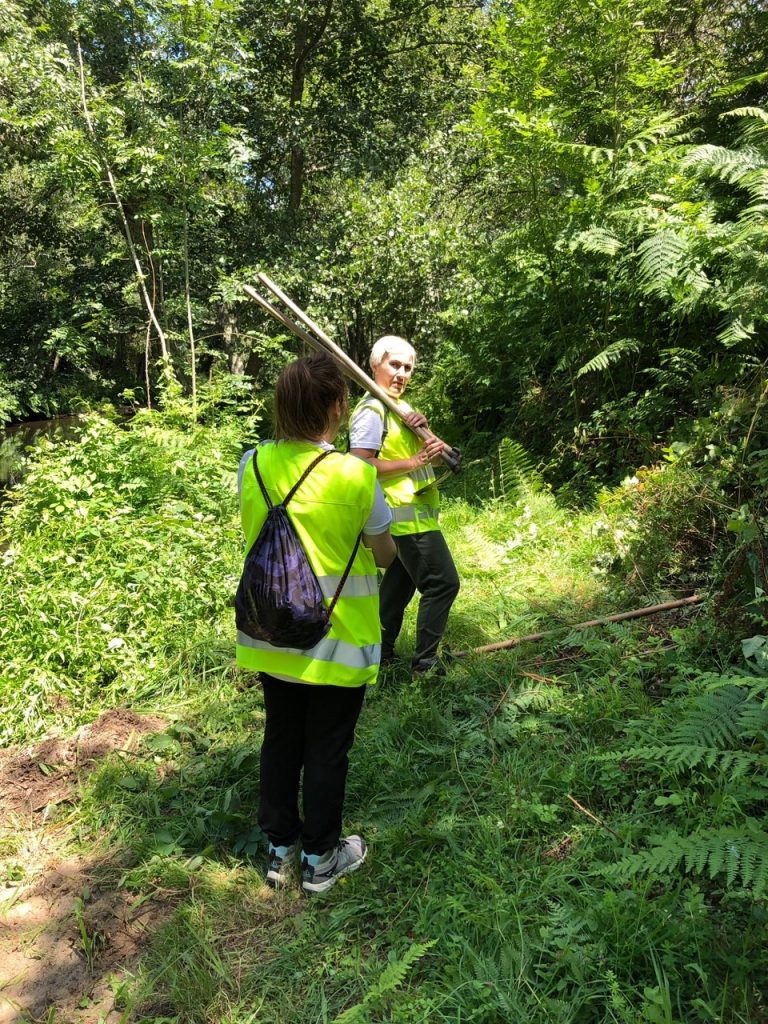 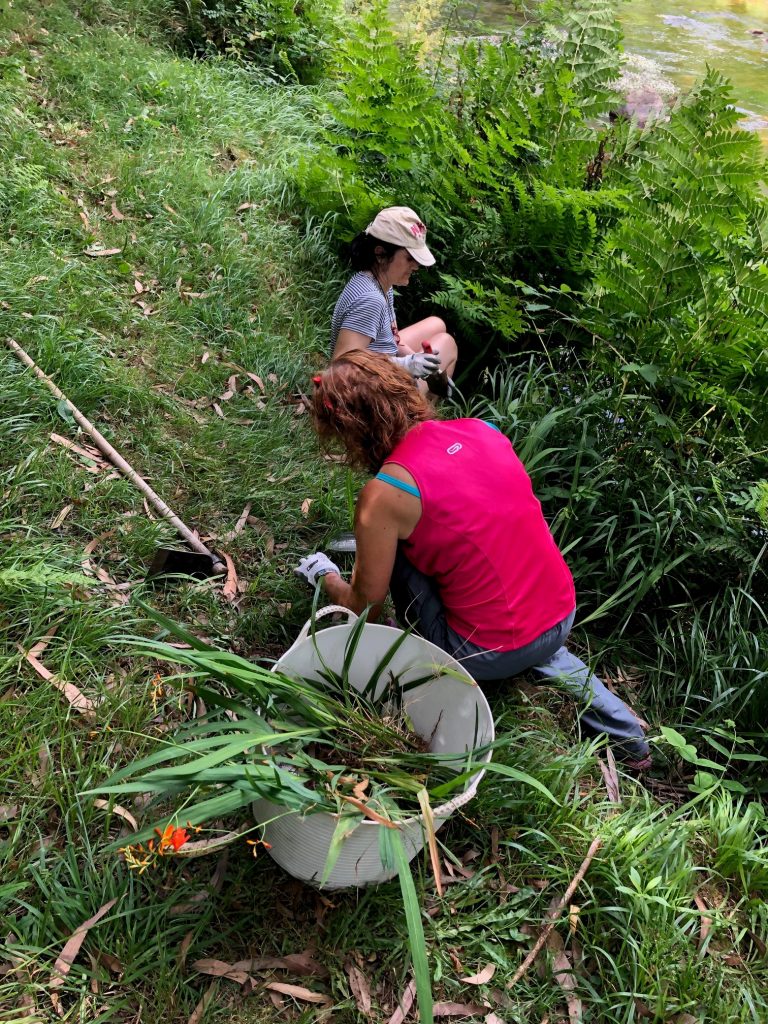 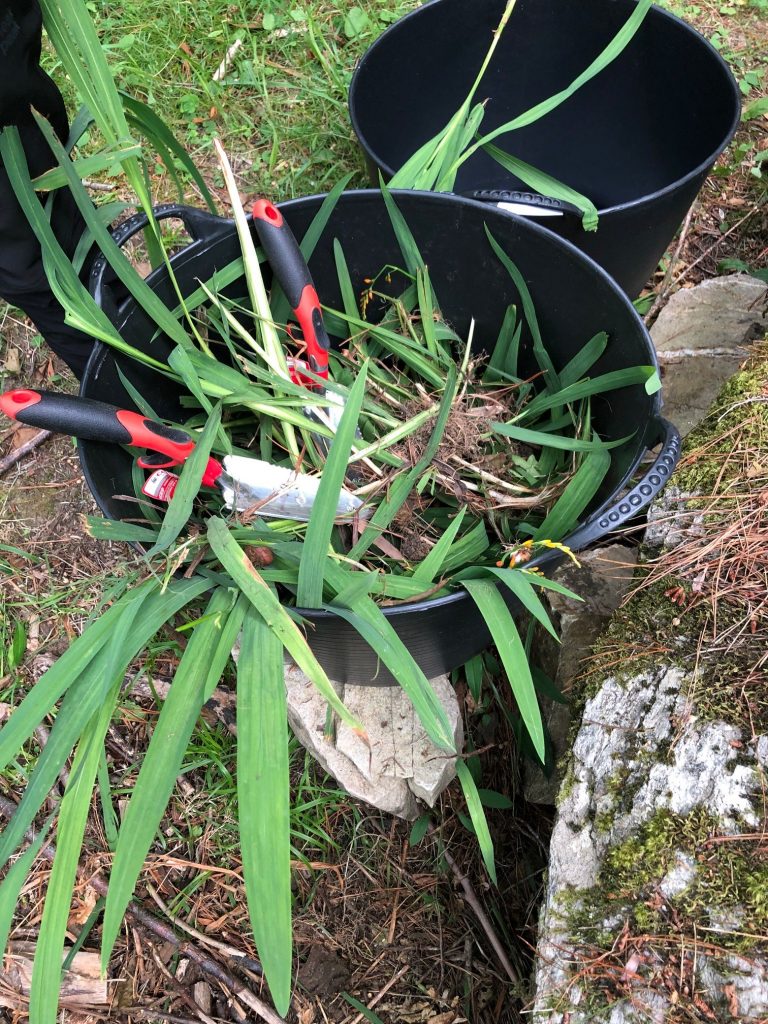 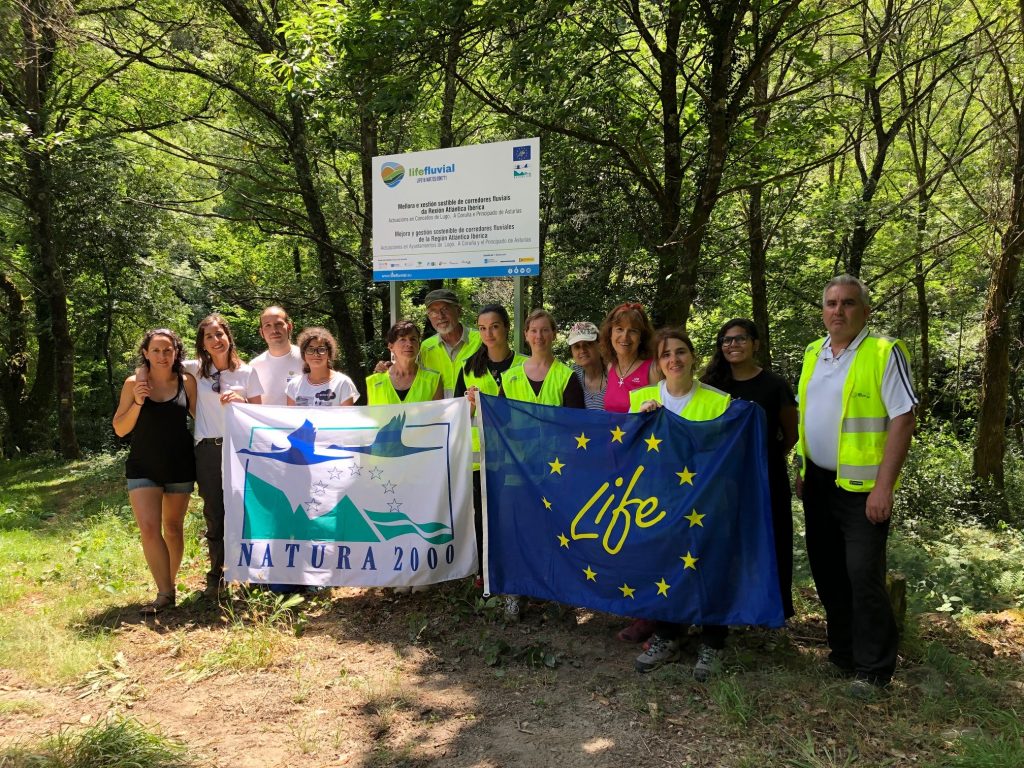