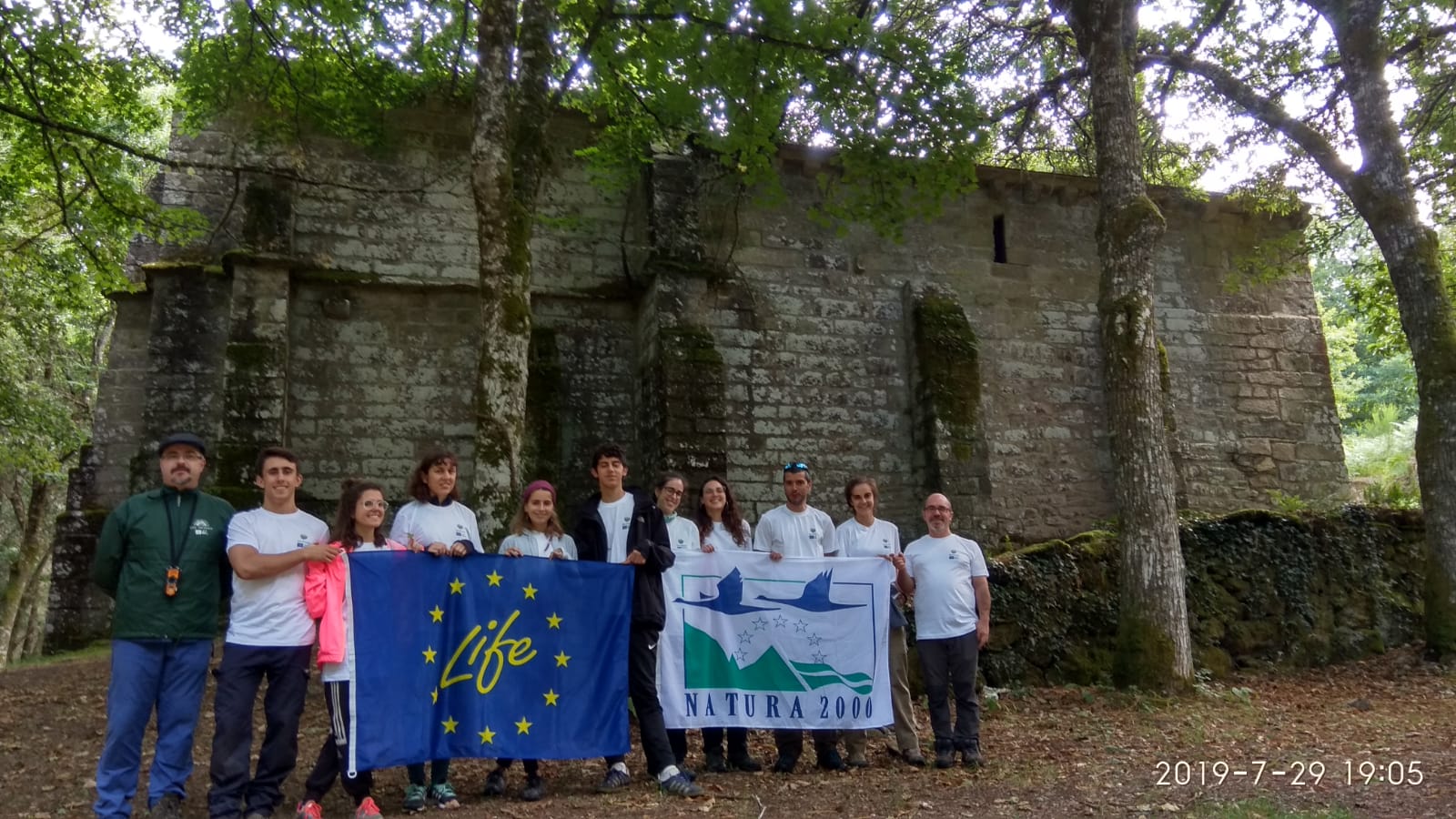 The Work Camp “Da Auga e da Pedra” is aimed at young people aged between 18 and 30. At its second edition in 2019, it has a total of 8 registered participants, who come  from different parts of Spain (Zamora, Cáceres, Madrid, etc.) and even from other EU member states.

The strategy of dissemination and divulgation of LIFE FLUVIAL has allowed its
knowledge to society, generating an interest in those sectors that find synergies  with the specific conservation actions developed by this project.

The organisers of the Work Camp Work Camp “Da Auga e da Pedra” got in touch with the IBADER Campus Terra, as an associated beneficiary of LIFE FLUVIAL, for the celebration of a day of environmental volunteering focused on the elimination and control  of invasive species in river corridors, given that this is one of the main strategies of LIFE FLUVIAL.

IBADER staff took part in an intense and interesting day together with the 8 participants in the “Da Auga e da Pedra” Work Camp and the 3 Technicians in management of groups in the environment, carrying out the control of invasive species, mainly mimosa (Acacia dealbata),during the morning and most of the afternoon.

The participants were provided with the necessary tools and equipment: gloves, pruning saws, cutting and pruning scissors (1-handed) and cutting and pruning shears (1-handed and 2-handed), etc. The tasks carried out and the talks with IBADER staff in the field made it possible to raise awareness and inform the volunteers of the environmental problem that the invasion of plant on riverbanks, the difficulty of their eradication and  control and to exchange information on the most sustainable techniques for their removal.

Already late in the afternoon, IBADER staff, together with volunteers and technicians,  moved to the section of the Parga river in the Parga-Ladra-Támoga SAC (ES1120003), where the partner beneficiary TRAGSA  has implemented part of the concrete conservation action C6, removing invasive species, dead alders and restoring with species typical of the riparian forest.

This visit enabled the volunteers to learn about the best practices in the restoration of river corridors within Natura 2000 areas, the difficulties encountered, as well as the  precautionary measures that must be taken into account in a highly fragile environment such as the river ecosystem.

Both parties benefited from this jouney, as it allowed exchange  information on the best techniques for the elimination of invasive exotic species, and raising awareness of the important role that invasive species play in the conservation of biodiversity. 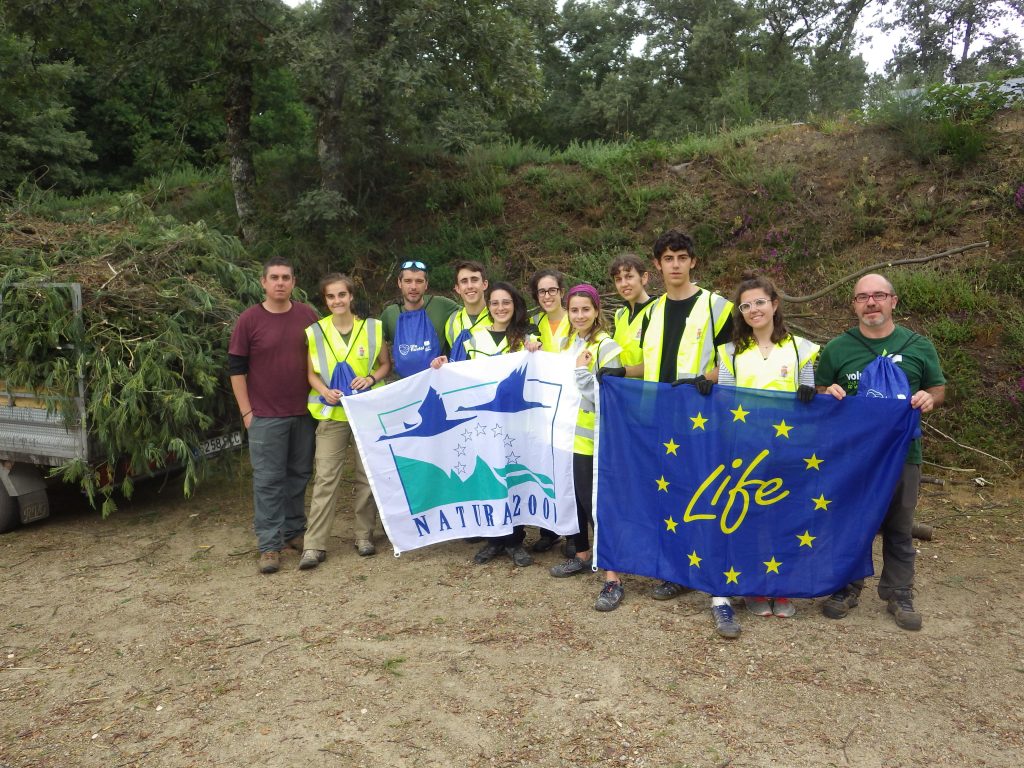 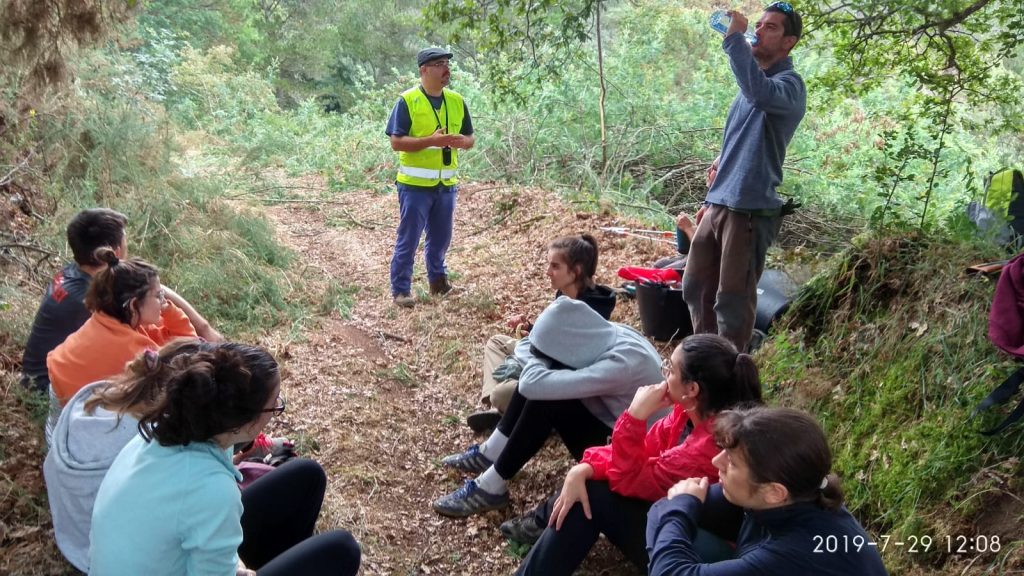 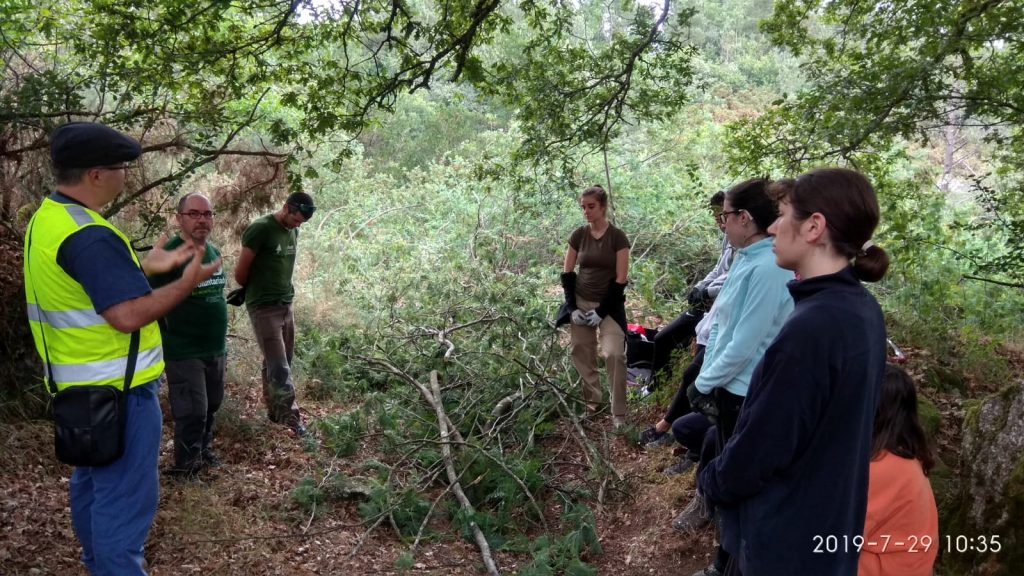 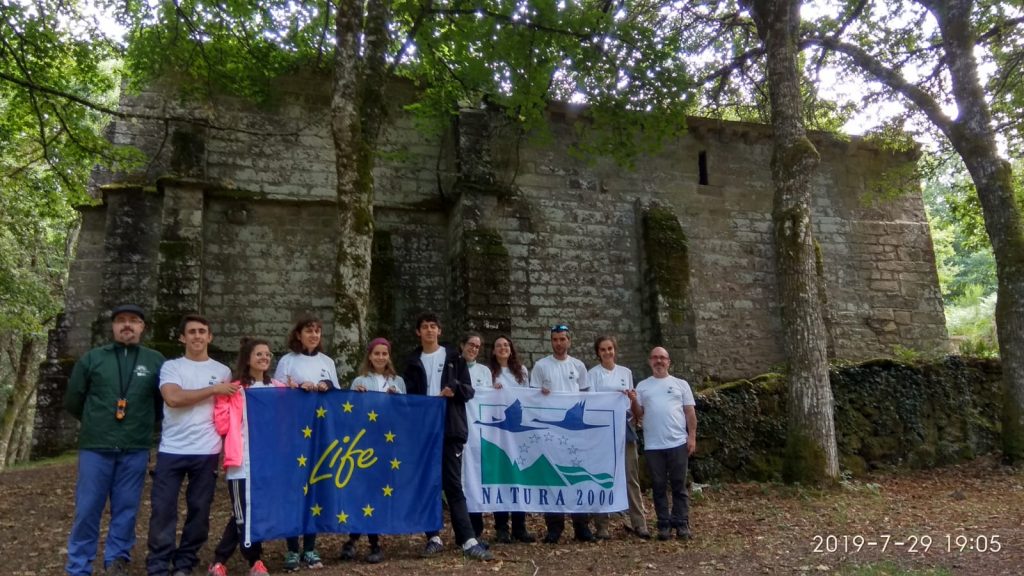