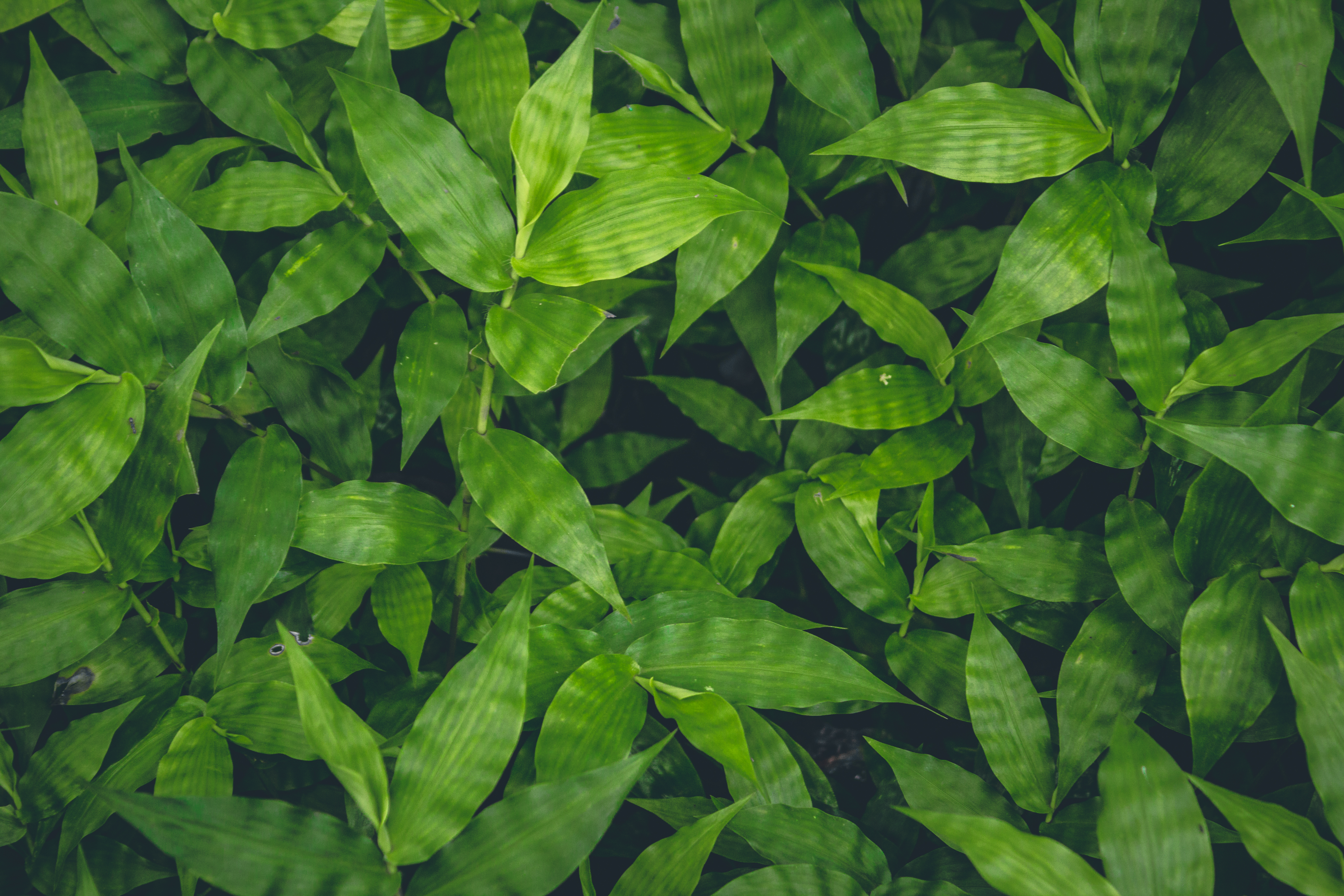 Universidad de Oviedo is the public institution of higher education and research at the Principality of Asturias. With an international vocation, closely committed to the region and with a strong commitment to the transfer of knowledge to the productive fabric, the University of Oviedo was one of the first nine Spanish universities to obtain accreditation as Campus of International Excellence in 2009. In the University of Oviedo, the center responsible for participating in the project is the Institute of Natural Resources and Territorial Planning (INDUROT), which has personal and technical means for its execution. INDUROT has extensive experience in characterization and management of Natura 2000 sites and environmental restoration:

In addition, INDUROT has experience in the development of EU projects related to other issues such as the Water Framework Directive, ENSCONET, artisanal fisheries, territorial planning, heavy metals, natural risks, dune restoration.

It is a non-profit entity, which has its scope of action in 17 municipalities in the province of A Coruña, in the northwest of Spain (Galicia): Abegondo, Aranga, Arteixo, Bergondo, Betanzos, Cambre, Carral, Coirós, Culleredo , Curtis, Miño, Irixoa, Oleiros, Oza-Cesuras, Paderne, Sada and Sobrado, covering a total area of 1000 km2 and have a population of 190,000 inhabitants. The aim of the Association is to be the nucleus of integration and representation of the different territorial, institutional, social and economic agents, public and private, interested in promoting socio-economic development in the territory of action, currently having 128 entities associated, public and private. The final objective pursued is to design and apply a strategy of sustainable development of the territory based on its natural and cultural heritage and the promotion of social cohesion. In 2013, this territory was declared by UNESCO as a Biosphere Reserve “Mariñas Coruñesas e Terras do Mandeo”, within the MaB Program. The Mariñas-Betanzos Association has participated in different actions in the implementation of the Water Framework Directive in the territory within the LIFE + Project “Aqua Plann Project” (LIFE + 07ENV / E / 000826), mainly in dissemination actions and active participation. It has also developed actions related to the improvement of the territory’s habitats, with a special incidence of riparian forests, as well as various environmental volunteering programs for the improvement of natural areas and the elimination of invasive species. Environmental education activities are coordinated by the Association in the territorial interpretation centers. EMALCSA is the society in charge of providing the water supply service to A Coruña city and the municipality, as well as to manage or collaborate with the City Council for the management of municipal services. EMALCSA focuses its activity in the search of the satisfaction of the interested parties and tries to incorporate innovation both in its management and in the provision of the service, betting firmly for innovation in all its activity. Since its founding, EMALCSA has been organized and trained to respond to the needs of the Integral Water Cycle service, currently having equipment and resources to develop the following functions:

This service capacity was developed specifically for various public administrations, which are served at different stages of the cycle. In addition to the functions of its activity in recent years, it has extended the spectrum of its interest to the care, custody and maintenance of the water sources from which it is nourished for the supply, both from the point of view of environmental and social responsibility , in order to guarantee the best possible quality of the water supplied and the respect and maintenance of the environment for a sustainable management of resources and their activity, making special impact in the management of the demand on the supply, the control of emerging pollutants and the social function of the water cycle as an element of man’s relationship with the environment and its evolution and development.

The University of Lisbon is a public interdisciplinary institution of higher education and research and consists of 18 faculties and institutes. It is one of the largest universities in Portugal with a total of 46,989 students (2012/2013 academic year) enrolled in 423 degrees, master’s and doctoral courses and has approximately 4,000 permanent employees in teaching and research. The Higher Institute of Agronomy, ISA, is one of the faculties of the University of Lisbon. The main mission is higher education, research and development, and technology transfer in the scientific fields of agriculture, forestry and natural resource engineering, food science, animal production engineering, environmental engineering, biology and landscape architecture. As a higher education center, ISA teaches 1555 undergraduate, master’s and doctoral students. In addition, 133 professors and 6 researchers (doctors) carry out scientific research work, recognized through publications in international journals, books and conferences. ISA currently participates in 111 research projects of which 16 are of international scope. ISA is the coordinating partner in 2 of these international projects and in 29 national projects, funded by the EC and national funds respectively. ISA is also involved in several projects related to technology transfer. Its partners include universities, research institutes and private companies. In addition, it has two research centers of recognized prestige at the national level. All these activities are supported by a team of experienced administrative staff, including project managers, financial experts and public relations managers, who will provide comprehensive support to the project.

Its function is the development of the interregional territory that is located in the vicinity of the Eo River (InterEo). It is constituted by fourteen municipalities of which seven belong to the province of Lugo (Baleira, A Fonsagrada, Negueira de Muñiz, Pontenova, Ribadeo, Ribeira de Piquín and Trabada) in Galicia and seven others to the Principality of Asturias (Castropol, San Martín de Oscos, San Tirso de Abres, Santa Eulalia de Oscos, Taramundi, Vegadeo and Villanueva de Oscos). These fourteen municipalities, in turn, make up the territory that UNESCO’s MaB Committee designated as Rio Eo, Oscos and Terras de Burón Biosphere Reserve on September 18, 2007. InterEo will participate in several actions of the LIFE proposal River. Their vision and knowledge of the territory is fundamental for the development of the project taking into account that through the local administrations associated, will have sufficient capacity to influence territorial governance and for the dissemination and adequate communication of the results thereof.

The Ribadeo Town Council marked as a priority line of its work the protection, conservation and regeneration of its natural environment, possessor of a biodiversity that made it worthy of several international recognitions (Red Natura 2000, LIC, ZEPA, Biosphere Reserve …). Preserving these ecosystems, trying to improve their natural conditions and their services, is one of our main concerns, along with fighting for new recognitions that guarantee the quality of our beaches, banks, mountains … Apart from all the actions that they seek to achieve a cleaner and more sustainable Ribadeo, the involvement of citizens is also essential. That is why information and awareness campaigns, educational days and other resources are launched. Related to the action in question that is intended to be carried out within the LIFE there is a very good and recent experience in Ribadeo with the path that runs parallel to the Ribadeo estuary from the Afro da Illa Pancha to the As Aceas mill, where its last section of 1.5 jm approximately the plots of private property were acquired to yield them to Costas, plots in which in addition to the creation of the path is in process to replace the eucalyptus of that section by native species through a grant from Red Natura 2000. Together with the action that is intended to be carried out in Ribadeo within the LIFE, this Council intends to give continuity to the existing path to join it with the path of the old mining train, through the plots to be acquired, which is considers it would be a very valuable addition to the LIFE project in Ribadeo.

TRAGSA has 37 years of experience working for public administrations at the service of society, which has placed this business group at the forefront of the different sectors in which it operates, from the provision of agricultural, forestry, livestock and rural development services, to the conservation and environmental protection. Throughout 2013, a total of 1410 environmental actions were carried out, which represents 29.40 % of the total actions of the TRAGSA Group. Some of the activities related to the project carried out in 2013 are:

The University of Santiago de Compostela is one of the universities with the longest tradition in Europe. Within its framework, the group in charge of participating in the project is one of those experienced in the management of habitats and species of the Natura 2000 Network: the Territory and Biodiversity Group (GI-1934-TB), attached to the Institute of Agricultural Biodiversity e Rural Dismantling (IBADER). This allows the contribution of the personal and technical means necessary for the execution of the project. The main line of the group focuses on the conservation and management of biodiversity and the environment. Since its creation, it has carried out multiple works related to the conservation, planning, assessment, sustainable management and monitoring of the conservation status of natural habitats and wild species, especially those included in the Habitat Directive and Birds Directive. Among the works carried out, the drafting of the Master Plan for the Natura 2000 Network of Galicia (approved by Decree 37/2014) stands out. The result of this great experience has been the publication of specific monographs on the habitats of community interest in Galicia, including criteria for their identification, diagnosis, territorial assessment, and proposals for sustainable management. Consequently, the group has extensive experience in the design of means of sustainable management of the values of natural heritage and biodiversity, with special emphasis on the habitats and species whose presence has motivated the designation of the Red Natura 2000 protected areas. The team’s trajectory is complemented by a long career in the field of environmental disclosure, collaboration in information processes and public participation, raising awareness among the population, cooperation in the formation of different levels of regulated education, technical training and all kinds of alliances with the agents involved in the management and conservation of the natural environment.