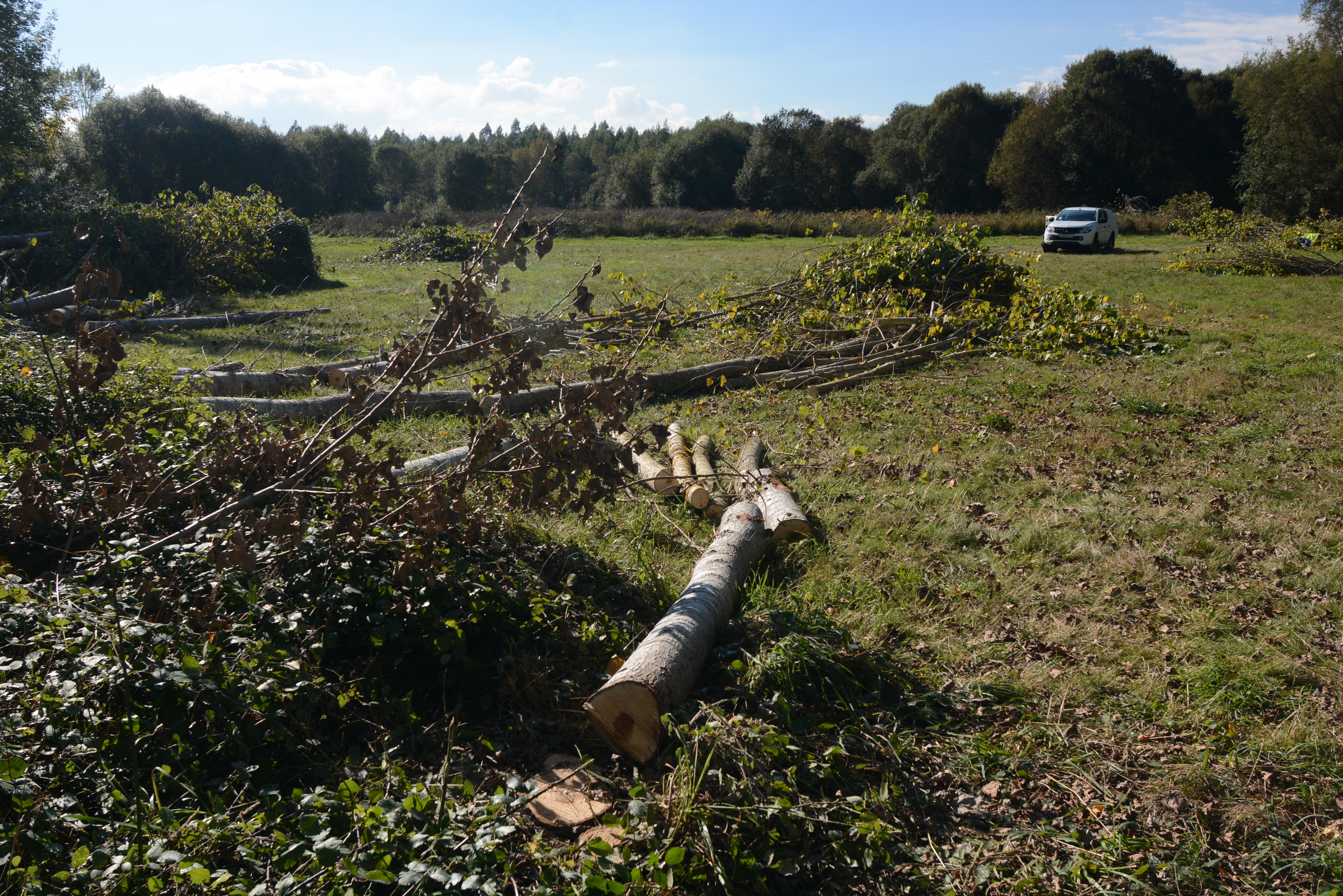 Within the framework of the LIFE FLUVIAL project (LIFE16 NAT/ES/000771), on Monday 15 October, conservation actions began at the A Lagoa do Rei site (Rábade, Lugo), located in the Parga-Ladra-Támoga SAC (ES1120003). The restoration work has begun with the elimination of exotic and invasive species, to improve the naturalness of the ecosystem, which will be followed by the adaptation of the lake margins (to improve the ecotonic environments around the lake). Lastly, restoration with autochthonous species will be carried out to improve the state of conservation of the 91E0* habitat.

The action is carried out by TRAGSA, an associated beneficiary of LIFE FLUVIAL, with the scientific-technical advice of IBADER of the USC, also an associated beneficiary of the same project. However, the project is strongly supported and participated by local agents, such as the Council of Rábade, the Galician Association of Territorial Custody, the Santo Anxo Teaching Centre, and numerous neighbours to whom the project lends the wood of the exotic woody species eliminated for social purposes. The overall objective of LIFE FLUVIAL is to improve the conservation status of Atlantic river corridors in the Natura 2000 Network. For this purpose, the project develops a transnational strategy for the sustainable management of their habitats in several Atlantic river basins of the Iberian Peninsula (Galicia, Asturias and Northern Portugal). Transnationality is one of the strong aspects of the project, since it is the result of collaboration between 8 public bodies, companies and associations from Galicia, Asturias and Portugal.

The LIFE FLUVIAL LIFE16 NAT/ES/000771 project, “Improvement and sustainable management of river corridors in the Iberian Atlantic region” is coordinated by the University of Oviedo, and has a budget of 3,032,223 €, of which the European Commission grants a co-financing of 75%, which is the maximum percentage that the LIFE call grants to those projects that are considered a priority for their execution and implementation. The duration of the project will be 48 months, running from 1 September 2017 to 31 August 2021.