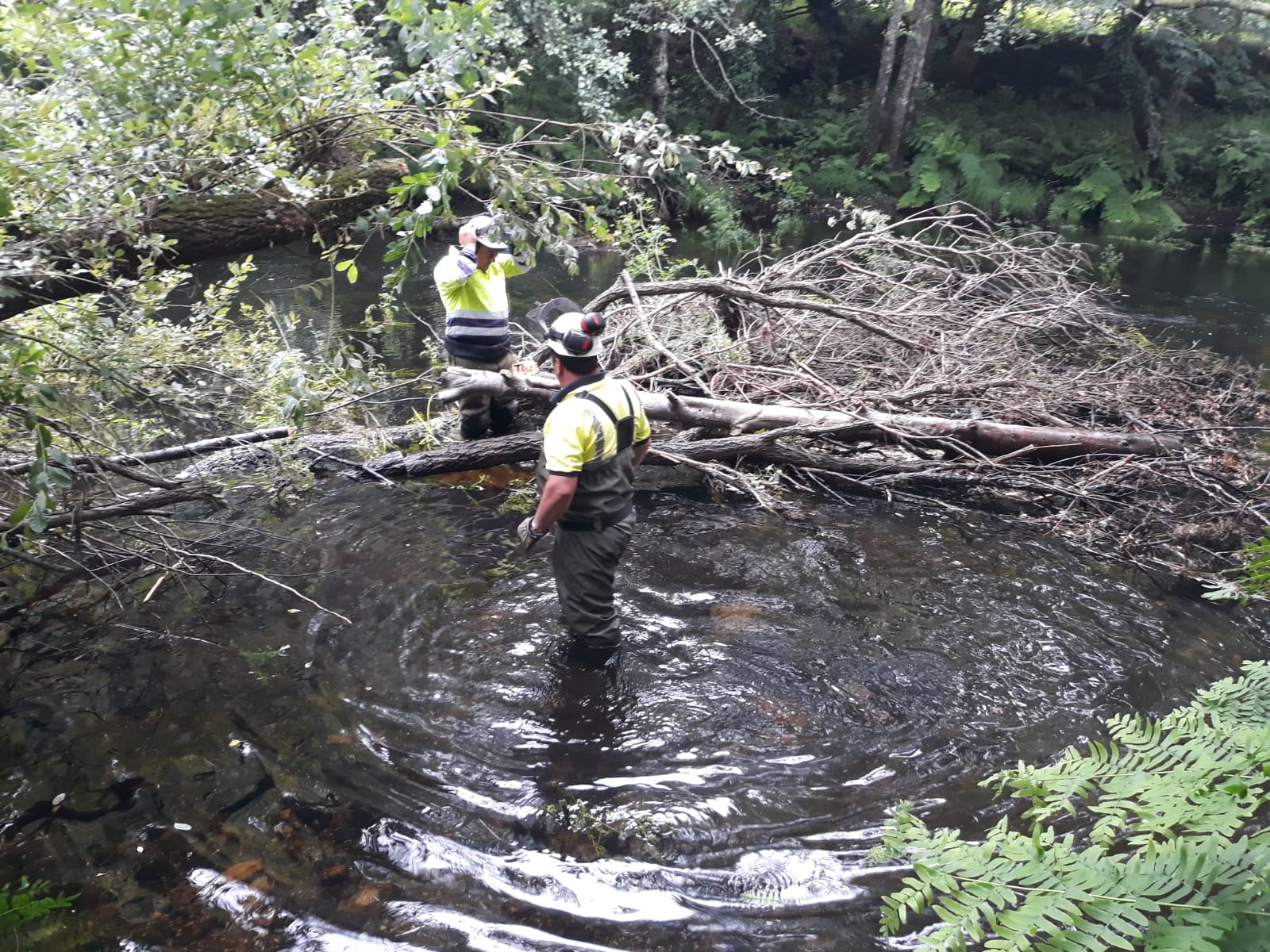 Action C6 of LIFE Fluvial aims to improve the conservation status of habitat 91E0* in 3 enclaves of the fluvial corridor of the river Miño (ZEC Parga-Ladra-Támoga ES1120003) in the municipalities of Lugo, Rábade and Guitiriz: Río-Miño-Lugo, Río-Miño-Rábade and Río Parga.

The Río-Miño-Lugo enclave has been subject to the removal of alders affected by the decay syndrome, as well as the elimination of invasive species (Robinia pseudoacacia), on the left bank of the riverbed. All the operations were carried out manually, although it was possible to mechanise the removal of the wood with a forwarder, as it was able to operate from the adjacent paved pedestrian walkway.

In the Río-Miño-Rábade enclave, work was carried out on the right bank of the riverbed. The action has completed the tasks started in 2018, so that alders affected by the decay syndrome have been removed, and large feet of invasive species (Populus x canadensis) have been eliminated. The operation has used manual means and portable tools, although the removal of the wood generated has been carried out with a forwarder, as this has been able to operate from the mowing meadows adjacent to the river corridor.

The Parga river enclave (tributary of the Miño) in the vicinity of the San Alberte Hermitage (Guitiriz), has been the object of action on both banks of the river. Basically, alders affected by decay syndrome, which have generated a large quantity of wood, have been removed. It was not possible to use heavy mechanised means in this operation, due to the high conservation value of this stretch of river, as well as the non-existence of roads or paths that allow the use of heavy machinery. Thus, it has been necessary to transport the wood afloat during the low water season, which has allowed the operators to wire and handle the logs from the riverbed itself in a safe and controlled manner, avoiding impacts on the aquatic environment or on the banks. In those areas where there are small paths, a small mini-dumper (chimpín) has been used to transport the logs to their place of collection. Finally, in the vicinity of a small rural riverside village, a number of invasive woody species (Eucalyptus spp.) have been removed.

In the 3 river sections, the actions to eliminate pressures and threats have been completed with the restoration of the 91E0* habitat by repopulating it with its characteristic species.

The wood generated has been donated for social purposes to the neighbours in the vicinity. This means that the project is strongly supported and participated in by local agents, such as the municipal authorities, the Lugo Provincial Council, environmental organisations and the neighbourhood groups themselves 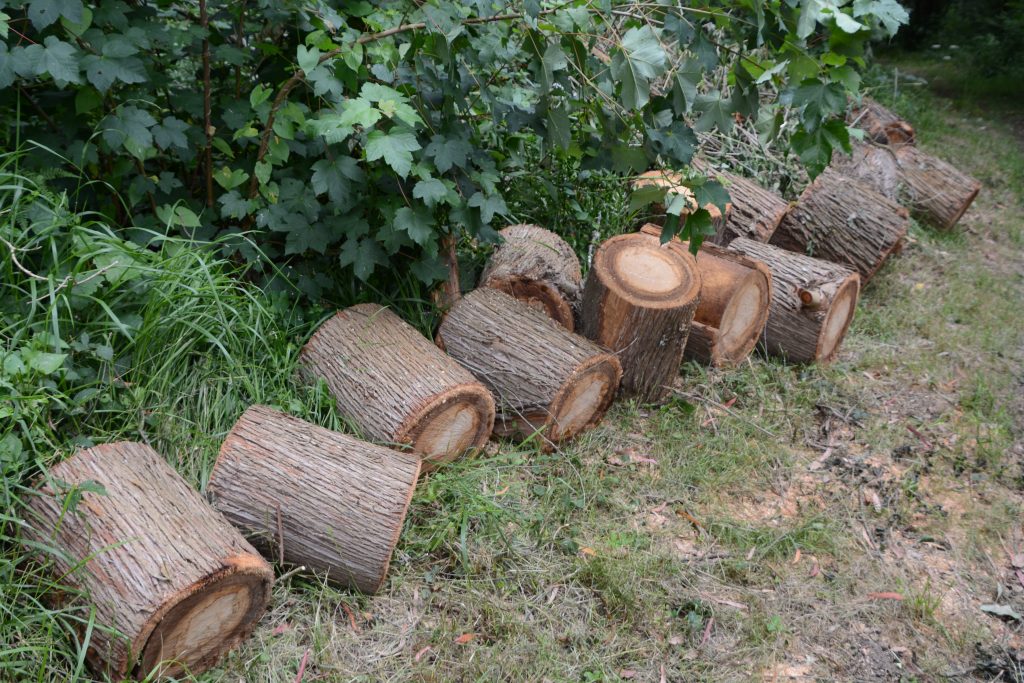 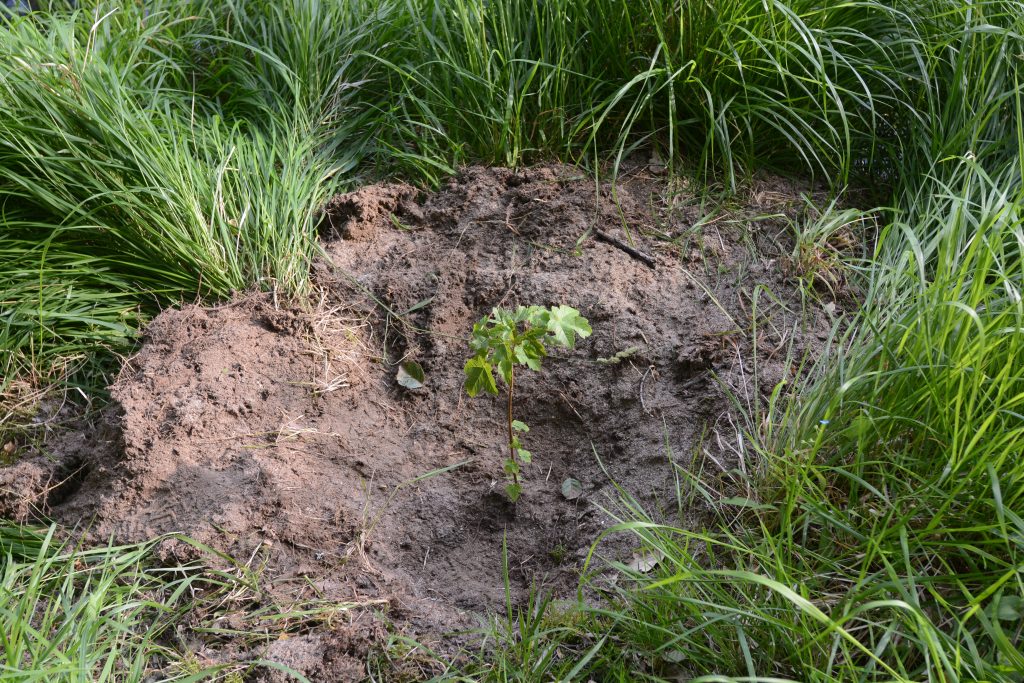 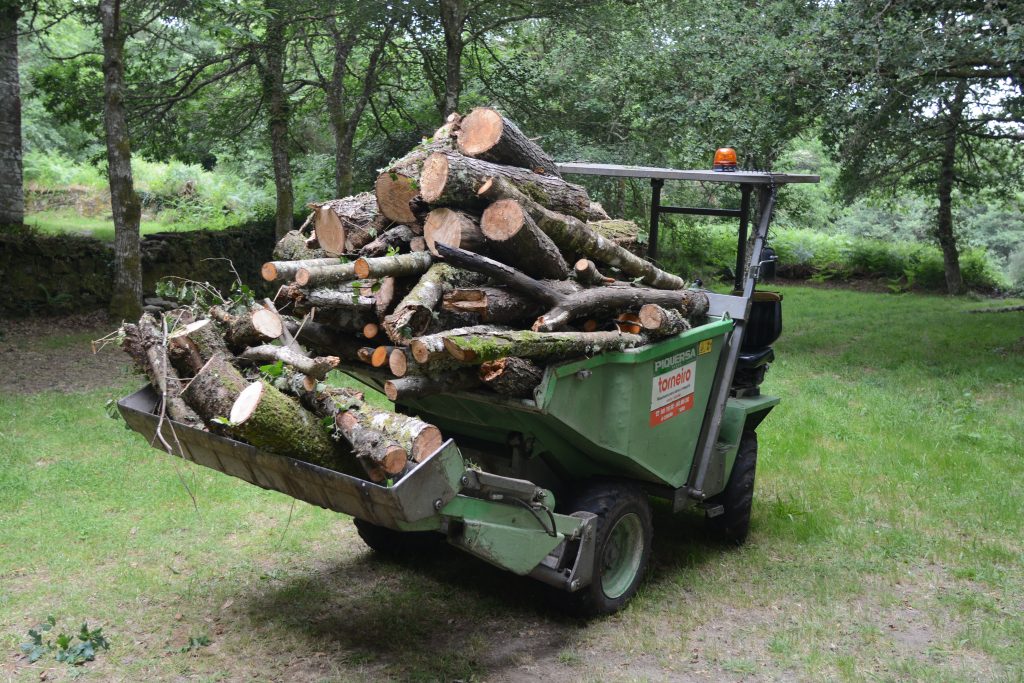 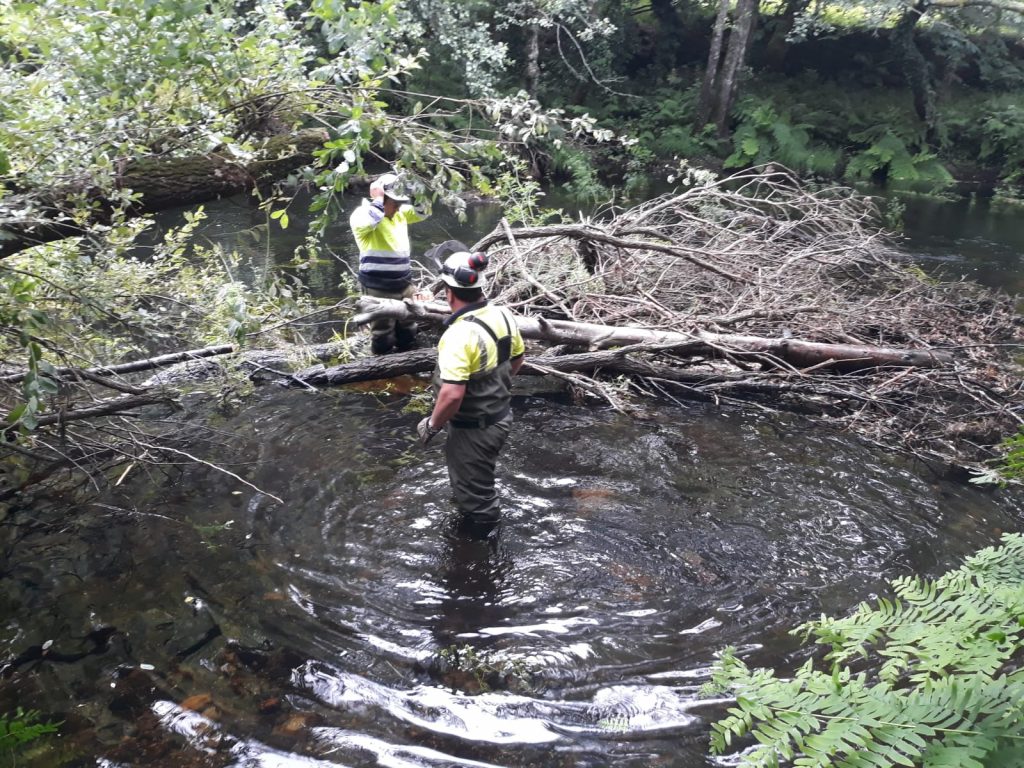